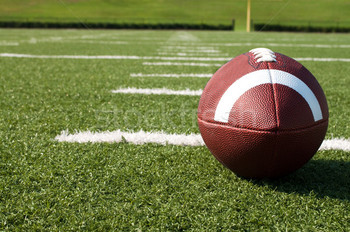 This op-ed was published in the Halifax Chronicle Herald on December 19, 2019.

The first rule of business is to stay in business. So how will pro-sports executives keep a Canadian Football League team afloat when they can’t even cover their bills for a new CFL stadium without millions from taxpayers? Given that Premier Stephen McNeil is struggling to cover the province’s urgent needs, he can’t afford to start filling holes in the stadium business plan.

Halifax city councillors have now committed $20 million of taxpayer money to a for-profit, 24,000-seat pro sports stadium for a not-yet-existent CFL franchise. The tax dollars will come only if councillors approve the location and only after it’s completed. Council has said the city won’t cover all-too-common cost overruns or other liabilities.

But $20 million is a huge chunk of change that the city can’t afford. The 10-7 vote on council reflected this, with opposing councillors arguing that libraries and police and fire department facilities are higher priorities.

There are good reasons to be wary. The Manitoba government, for example, wrote off $200 million in CFL stadium debt in what the premier there called “an unsustainable scam.”

The question now is whether McNeil will make a similar mistake.

“Now, it’s over to the province to make their decision on if and how they will participate. The concepts of hotel tax levy increases and car rental taxes are simply that,” said Anthony LeBlanc, co-owner of Schooner Sports and Entertainment.

The lack of logic is stunning. LeBlanc wants to double a tax on every hotel across the province, every night of the year, to pay for a stadium that might host a dozen CFL games per season. He expects those employed in tourism from Yarmouth to Meat Cove to take the blow of further increased consumer costs thanks to a new car rental tax.

That’s a blow Nova Scotia can’t afford. Tourism numbers are down. The number of non-resident overnight visitors to Nova Scotia decreased 13 per cent in September 2019 versus 2018, according to Tourism NS.

Consider, too, the risk to Nova Scotia taxpayers. The Schooners executives’ plan is based on assumed ticket sales of 96 per cent – rather aggressive considering the Saskatchewan Roughriders, with their rabid fanbase, only got 87 per cent attendance at their regular season finale. In fact, attendance is always a struggle. If this so-called business plan with pie-in-the-sky projections needs millions from taxpayers just to get started, it’s a good bet there will be more demands when reality bites.

But, regardless of the details, McNeil will have to reject this plan for a more fundamental reason: the province simply can’t afford it.

With an aging population, McNeil has to stick to his laudable balanced operational budgets – and balance the infrastructure budget, too. The provincial debt is over $15 billion – about $15,800 per person – so increasing the debt burden for young taxpayers is simply not an option.

Nova Scotians understand the situation. According to the results of a freedom of information request, letters to the province opposing tax dollars for the stadium out number those in favour by more than five to one. For the moment, McNeil is noncommittal, but he needs to listen to Nova Scotians say no to a deal the province can’t afford.

The first rule of business is to stay in business. If the business case is solid, these executives should have no problem paying for their own stadium. Halifax taxpayers may already be out tens of millions of dollars, but McNeil should resist the pro-sports welfare temptation and keep his eye on the ball – and the balanced budget.