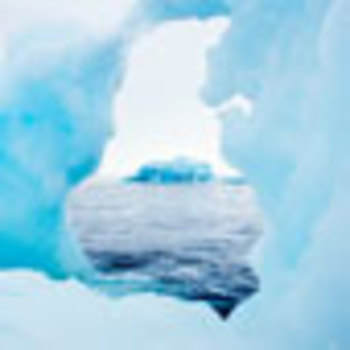 The global warming train has left the station here in B.C. Our provincial government has enacted a carbon tax and the cost paid by families and businesses for traditional energy sources will increase every year. Fortunately for taxpayers in other provinces, the debate continues. How has this happened Mostly because global warming promoters have exaggerated the possible damage to Mother Earth, creating a hysteria that has shifted the global warming debate from an environmental possibility to a vote-getting tool. Politicians who clinging to fads that will have little, if any effect, on global temperatures, can appear to be "doing something" about the environment. Taxpayers need to insist that governments listen to all arguments in the climate change debate before spending billions of dollars on strategies that may do little or nothing 100 years from now.

The consequences of global warming are vastly overstated. For example, Al Gore's film, "An Inconvenient Truth," claims sea levels will rise by 20 feet over the next 100 years, flooding places like New York and Florida. In fact, the United Nation's Intergovernmental Panel on Climate Change, the organization looked to by environmental groups such as the David Suzuki Foundation for their global warming data, claims sea levels will only rise by about one foot.

Should we be worried about a one-foot rise in sea level Well, to put it into perspective, the sea level rose by about one foot over the past 100 years. Did anyone notice Not really. However, this convenient exaggeration plays into the hands of politicians who use the public's fear to justify higher spending and the higher taxes needed to pay for that spending.

One way politicians can score environmental points is to push for so-called "green" building standards. B.C. taxpayers are on the hook to make all government buildings, including schools, "green." The government's Climate Action Team will eventually determine what that means. In the meantime, to make people feel even better about more expensive buildings, the government claims "green" schools will translate into better learning environments. How's that for policy nirvana Green schools will result in smarter kids. Too bad it's bunk.

If the experience with "green" schools in Washington State is any guide, the results will underwhelm. Washington State imposed "green" building standards on schools, stating these changes would improve student learning. A study by the Washington Policy Center shows that learning outcomes in schools using "green" building standards are no different from schools built without "green" standards. Ironically, one school built with "green" standards had declining learning trends and one built without "green" standards showed increasing learning trends. "Greening" a school adds between 2-15 per cent to the cost of a building. Obviously, learning trends in U.S. schools are more likely based on factors other than building standards, for instance, teaching skills. Better to spend money on teacher training instead of using wood from second growth forests as a way to improve test scores.

Politicians have become fixated on feel-good solutions to a trend that has been created by exaggerated claims. Let's remember that even if all countries complied with their Kyoto protocol commitments, the forecasted increase in global temperatures would only be delayed by five years, 100 years from now. Do we want our legacy to be billions of dollars wasted on faddish pursuits that did virtually nothing for global temperatures a century from now Or, do we want to make decisions based on actual science to achieve a cleaner environment in our lifetimes Although the global warming train may have left the station in B.C. it should be derailed before it does any real damage.

By Maureen Bader
You have the power to change who influences politics in our country: big unions, big corporations and government-funded special interest groups can be challenged by the contributions of thousands of individual taxpayers who care to make a difference.
Prev
Next