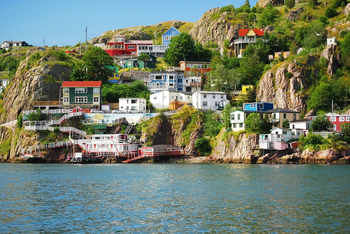 By: Matthew Lau and Paige MacPherson

The latest mega snowstorm has proven once again that Newfoundlanders and Labradorians are some of the most resilient and resourceful people you’ll find, but now it’s the government that needs to demonstrate resourcefulness rooted in reality to deal with a looming budget disaster.

The provincial government is planning to finally return to a balanced budget in 2022-23, but the province’s auditor general recently called that “overly optimistic.” This is particularly bad news given that the province has the highest net debt-to-GDP ratio in Canada. Even worse, excluding this fiscal year, in which the province is expecting a $1.6-billion surplus thanks to a one-time $2.5-billion payment from Ottawa, the province has run a deficit every year since 2012-13.

Opposition leader Ches Crosbie has suggested that cutting taxes could actually improve the province’s finances, since high taxes are depressing businesses and reducing employment. Research suggests he’s right. A study from the University of Calgary School of Public Policy, which publishes research on policy issues across Canada, found that in Newfoundland and Labrador, the provincial government would actually increase tax revenues in the long run by cutting the general business income tax.

Another University of Calgary study provides guidance on how to shrink the deficit: by bringing public employee salaries in line with those outside of government. After controlling for education, age, and other relevant factors, the study finds that government employees in Newfoundland and Labrador are paid 7.1 per cent more than comparable workers outside of government.

Salaries and wages are only part of employee costs. An earlier analysis from the Canadian Federation of Independent Business, estimated that provincial government employees in Newfoundland and Labrador were paid 6.4 per cent more than comparable workers, but after including benefits such as pensions and working hours, compensation was actually 21.8 per cent higher.

With nearly half of the province’s program spending going toward salaries and employee benefits, a 21.8 per cent premium would mean that Newfoundland and Labrador is overspending by more than $600 million on provincial employee perks this fiscal year. That amount is equal to about two-thirds of the province’s K-12 education spending.

Taxpayers can’t afford to bankroll this excess. The per-person share of the government’s debt is more than $27,000 and will grow. It will cost the province about $1.4 billion just to cover the interest on the debt this year.

The government is also funding too many employees. As a proportion of total employment, Newfoundland and Labrador has more provincial and local government employees than any other province. An Atlantic Institute for Market Studies report estimated that in 2016, the province could have saved nearly $1 billion per year by reducing provincial and local government employment per capita to be in line with the national average.

The trend continues in other areas. The latest data from Statistics Canada show, for instance, that provincial funding accounts for 60 per cent of the revenues of universities and degree-granting colleges in Newfoundland and Labrador – by far the highest of any province. The average across the rest of Canada is 36 per cent.

Subsidies to businesses (corporate welfare) should also be on the chopping block. Cutting this wasteful and unfair welfare would create room for tax relief and make all job creators more competitive.

Newfoundland and Labrador’s fiscal problems cannot be solved overnight, and these are difficult discussions, but there’s plenty to cut in the budget. If the government wants to meet its target to put an end to deficits, it should get started right away.

Matthew Lau is an economics writer and Paige MacPherson is Atlantic director at the Canadian Taxpayers Federation.