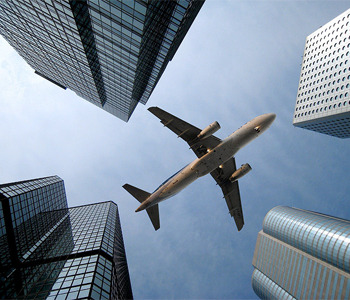 VANCOUVER, B.C.: Transit Police put public safety at risk and wasted tens of thousands of tax dollars when an officer left an explosive device on a commercial plane in 2011 and didn’t know it was missing for two full days, according to documents obtained by the Canadian Taxpayers Federation (CTF) through a Freedom of Information Act (FOI) request.

“Why on earth were Transit Police – responsible for SkyTrain lines – planting explosives on a commercial airplane as a dog training exercise?” asked Jordan Bateman, B.C. Director for the CTF. “How inept do you have to be to not account for every explosive you put on a plane? This incident is a chilling reminder of what happens when police agencies push past their level of expertise and jurisdiction.”

A Transit Police officer, responsible for the explosive, took two days in January 2011 to realize he was missing it following a dog training exercise on the plane. By the time he alerted his superiors, the Air Canada plane had already flown back to Toronto. The FOI documents show Air Canada inspected the plane 14 times in Toronto to ensure the explosives were off the plane.

Transit Police interviewed more than two dozen YVR staff members to try and figure out what happened to the sample, but it was never found. Still, Transit Police closed the file, saying it was their “belief” that the explosive “was placed in the garbage and burned locally,” although no one interviewed could fully corroborate that story.

Only one interviewee saw the device after the Transit Police exercise ended, leaving it on an airplane seat for other cleaners to dispose of, but “there are no concrete assurances,” said the Transit Police’s concluding report. The explosive needs only a blasting cap to become active.

“Any time a police explosive is outside the custody and sight of officers, it should be a concern to the public,” said Bateman. “While it’s likely this explosive went into the trash, it could conceivably have ended up in someone’s hands. The Transit Police do not know with 100 per cent certainty where their explosive ended up.”

The Transit Police never went public with this incident, although the FOI records show they prepared a news release with the cooperation of Transport Canada and YVR Airport.

“This incident not only carelessly put the public at risk, it cost taxpayers a ton of money,” said Bateman. “Transit Police officers conducted dozens of interviews, staked out a trash bin for several hours, and involved other agencies such as Transport Canada, YVR security, Richmond and Airport RCMP, the Coast Guard and Air Canada. This cost taxpayers tens of thousands of dollars – all based on the ridiculous premise that a Transit Police dog should know how to find bombs on a commercial jetliner.”

The CTF has long been critical of the $27 million Transit Police force, which pays nearly 60 officers more than $100,000 a year. Two-thirds of Transit Police files are fare checks, and a Vancouver Police Department audit showed the average transit cop works on less than ten serious or property crime files a year.

“The Transit Police should be disbanded, with half its budget being invested in the much cheaper, more effective Transit Security,” said Bateman. “The other half of its budget can go to improving transit service or better yet – relieving taxpayers of some of TransLink’s relentless property, gas, Hydro and parking tax increases.”

Click here for a PDF of the Transit Police documents obtained by the CTF through FOI (74 pages).