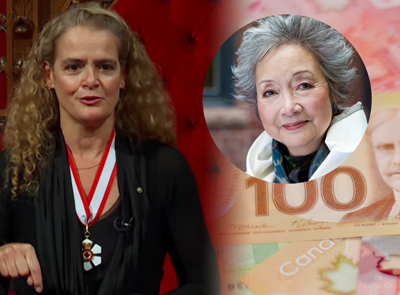 Canadians can’t afford the platinum-plated perks for the governor general.

It’s not fair that former governors general can expense taxpayers for more than $200,000 a year for life and up to six months after they die.

Taxpayers can’t afford to pay $150,000 per year for a pension governors general can collect regardless of how long they serve.

These perks are in addition to the $300,000 per year salary that a governor general receives while in office.

We, the undersigned, call on the federal government to rein in governor general perks.