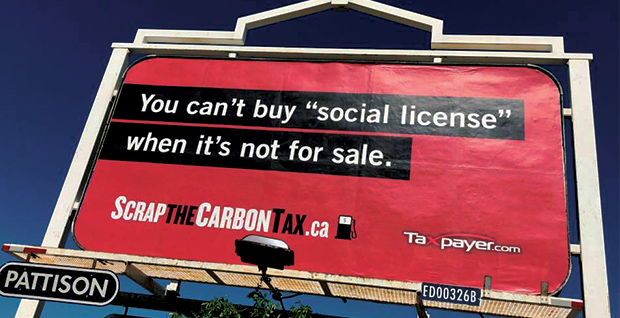 In 2016, the government passed a new gag law that makes it illegal for Albertans to spend more than $1,000 on so-called political advertising without first registering with the government, disclosing how much they are going to spend and how they got the money. The government is officially in the business of regulating free speech and political opinion.

Even worse, Notley’s gag law is so arbitrary and vague that it could apply to virtually anything. When the Canadian Taxpayers Federation inquired with Elections Alberta whether it had a list of the issues that would be covered by this law, we were told there is no list. Elections Alberta is, very literally, making this up as it goes along.

This gag law is an attempt to scare off Canadians from being critical of the government. Protecting donators’ privacy is the same principle behind a secret ballot when voting – it’s nobody’s business which party you vote for or which advocacy group you donate your own money to.

Healthy political discourse requires more Albertans willing to speak up and speak out, not fewer.

You can take action to fight Notley’s gag law by doing the following: