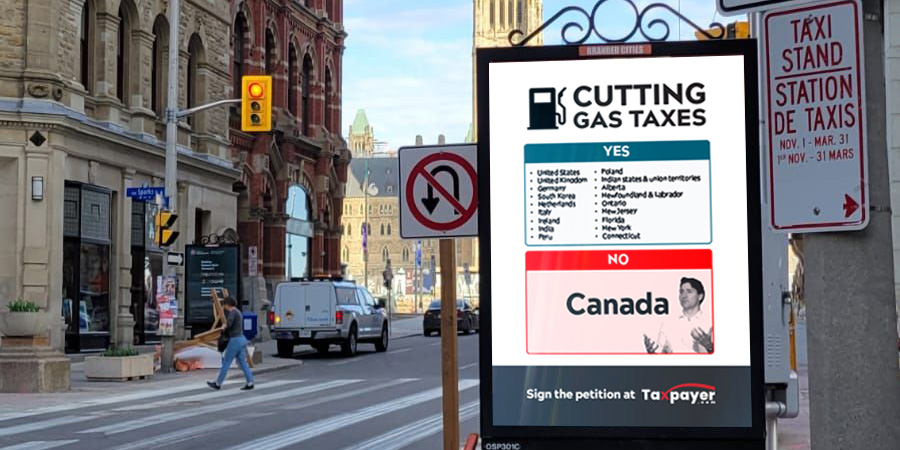 You know Trudeau’s gas taxes are making the pain at the pumps worse. But you need more Canadians to know that Trudeau could make life more affordable by cutting gas taxes like other countries.

Here’s your chance to get more Canadians fired up and ready to push Trudeau to cut gas taxes with you.

The Canadian Taxpayers Federation is launching a billboard and social media ad campaign in major Canadian cities to wake your neighbours up to the fact that many other governments are cutting taxes.

We’ve budgeted $16,000 to put up billboards in major centres and run social media ads coast to coast. Can you help get the message out to more Canadians by making a donation?

Step 1: Would you like to make a one-time donation or support this work monthly?

A monthly gift will go even further to hold politicians accountable and fight for lower taxes and against government waste.