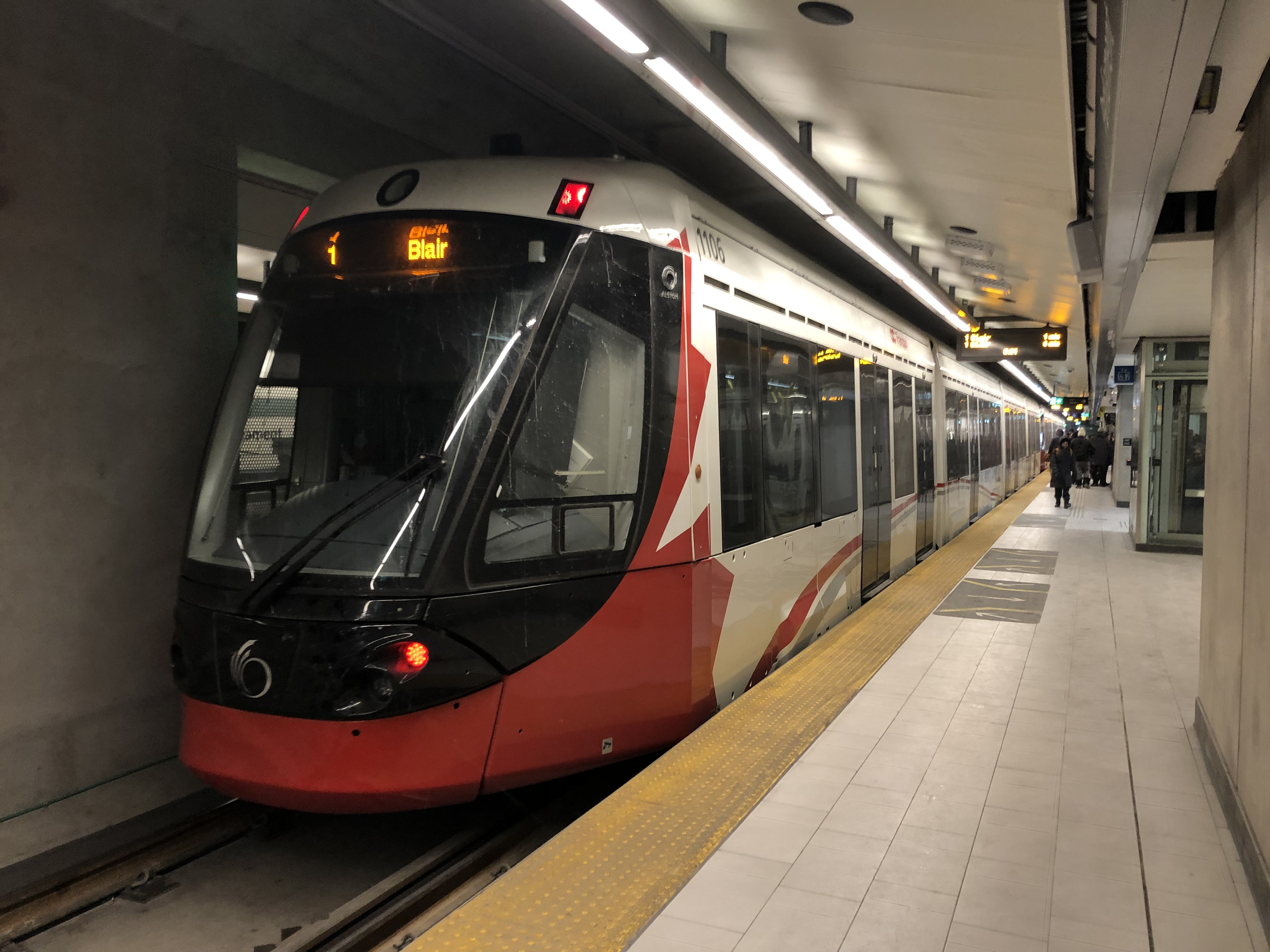 The city of Ottawa spent $600 on air fresheners to cover up a stench at a train station and almost immediately took the air fresheners out again because they broke the city’s own rules about scent sensitivities, according to documents obtained by the Canadian Taxpayers Federation through freedom of information requests.

“Taxpayers usually smell waste from a mile away,” said Aaron Wudrick, Federal Director of the Canadian Taxpayers Federation. “In this case, they could smell it from right inside the LRT station.”

According to the records, the money was put towards 25 air fresheners for Parliament Station, the closest stop to Parliament Hill, along the capital’s new, $2.1-billion light rail transit line.

The underground LRT station has smelled like human waste since opening.

“When you are on the train, you have to go through a tunnel that smells first like rotten eggs, and it hits you, the first second you get into the tunnel, and it wafts into the train even before the door is open, and you just kind of want to die, and then the next station smells like poop,” said Sarah Wright-Gilbert, a member of Ottawa’s transit commission and regular rider through the tunnel connecting the three downtown stations.

A nearby sewer line was punctured during construction, and only fixed in December following complaints.

The city at first refused to admit where the reek of human waste was coming from for months, despite workers spotting the rupture during an inspection on Aug. 9, 2019. There also have been smell issues at Rideau Station, just down the line from Parliament Station.

Ottawa’s light rail transit projects have been plagued by long delays and budget over runs, with a revolving set of excuses from both OC Transpo, the city’s transit authority, and Rideau Transit Maintenance, the maintenance division of Rideau Transit Group, who designed and built the train line.

Senior OC Transpo executives gave the green light for RTM to spend $600 on the air fresheners in October.

After installation in late February, the flowery-scented devices had to be trashed in a few days because of the city’s own rules to protect people with scent sensitivities.

Wright-Gilbert is most concerned about what the chain of events says about the way the system is being run. While the air freshener issue is less problematic than trains breaking down in the middle of the winter, she believes it is an example of incompetence from both the city of Ottawa and RTM.

She was also concerned about the city’s apparent sign-off on the installation at Parliament Station, despite a complaint in late January about scented air fresheners at Tunney’s Pasture, an outdoor station at the west end of the line.

At the time, the city had realized the equipment was against their own scents in the workplace rules and had it removed.

“No one thinks, ’oh hey, wait a minute, didn’t we sign off on some for the tunnel? Should we take those down?’ Like nobody thought of that? That concerns me,” said Wright-Gilbert.

“Sure, this is a small thing. But if this kind of ineffectiveness, when it comes to decision making, is so scattered, haphazard, and with no foresight or oversight is done on something this small, what the hell is happening with the rest of the line?”

According to Troy Charter, director of transit operations for the city, staff have directed Rideau Transit Maintenance to “investigate, identify, and remediate” the source of the smells in both Rideau and Parliament stations.

While Charter said RTM has investigated “multiple root causes,” the work is continuing.

Charter also said the air fresheners were meant to be a temporary fix while the work on root causes of the stench continued.

“Upon receiving customer feedback regarding sensitivities to the air deodorizers, the city of Ottawa immediately requested that RTM remove all scented deodorizers on Line 1, as their temporary mitigation effort was not consistent with the city’s accessible purchasing policy, commitment to the provision of accessible customer service, or Scented Products in the Workplace guidelines,” read Charter’s statement.

Meanwhile, Wright-Gilbert is concerned about taxpayers.

“The same point could be made for everyone across the country, their federal tax money went into this. Across this country, tax dollars have been put into (this) system.”