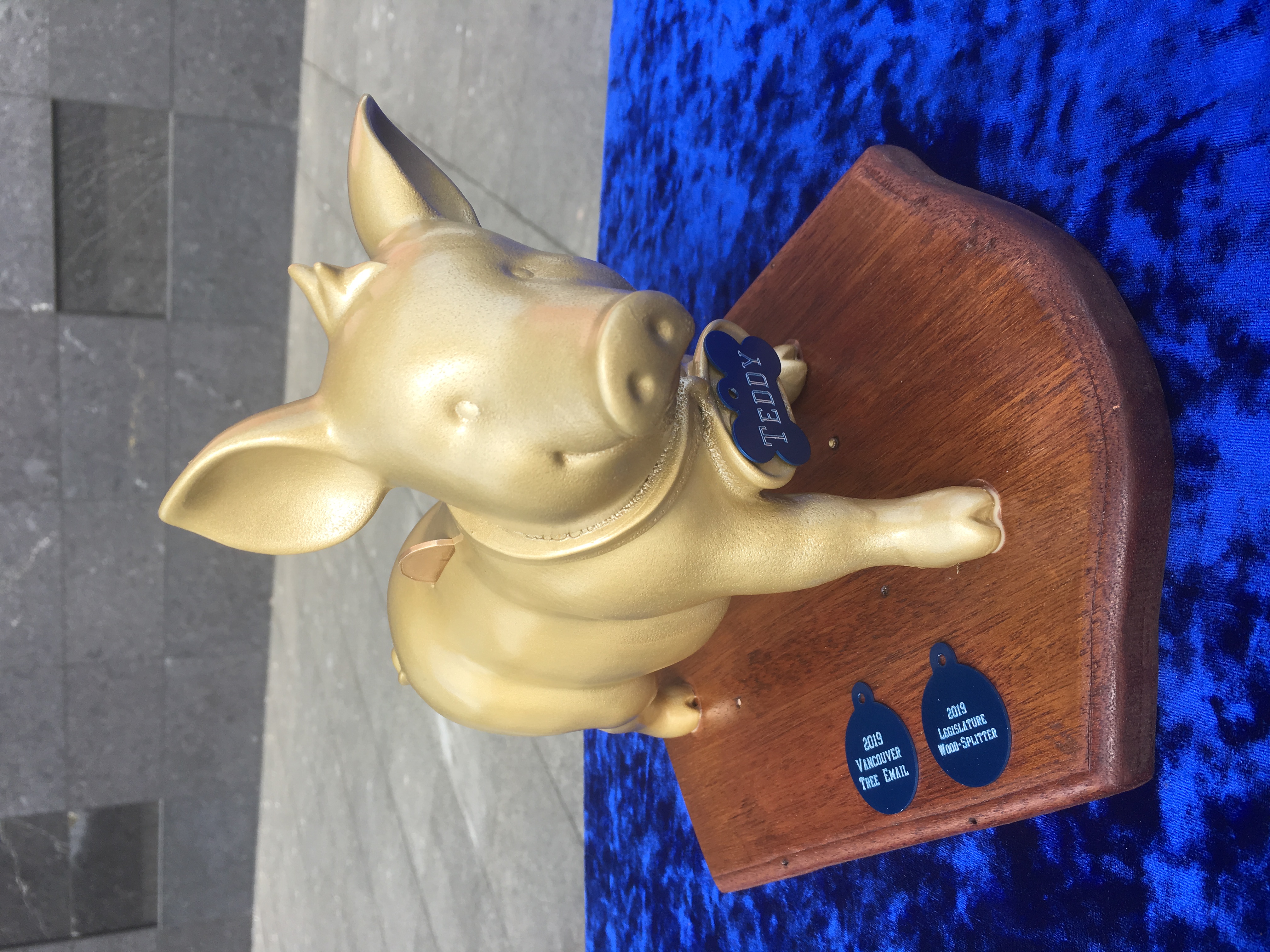 “They almost won golden pig statues, so let’s hope they don’t try as hard next year!”

The City of Vancouver was nominated for a Teddy Waste Award in the municipalities category for spending more than $300,000 on office furniture including designer Herman Miller office chairs while claiming the cupboard was bare.

TransLink got a nod in the provincial category for saying they were cutting their executives’ salaries, but then using emergency pandemic funding to top their salaries back up instead.

“It’s wrong to say you’re cutting the salaries of your top brass, but then top it back up,” said Sims.

The Société des Traversiers du Québec won the provincial category by blowing $222 million in taxpayers’ money on three faulty ferries that repeatedly crashed into docks on the St. Lawrence.

Former governor general Julie Payette took home the Teddy Waste Award in the federal category for blowing through more than $1 million in taxpayers’ money before ejecting from her job at Rideau Hall.

You can watch the gala awards show recorded in Ottawa and read the details on all of the Teddy Waste Award nominees by visiting our website HERE.