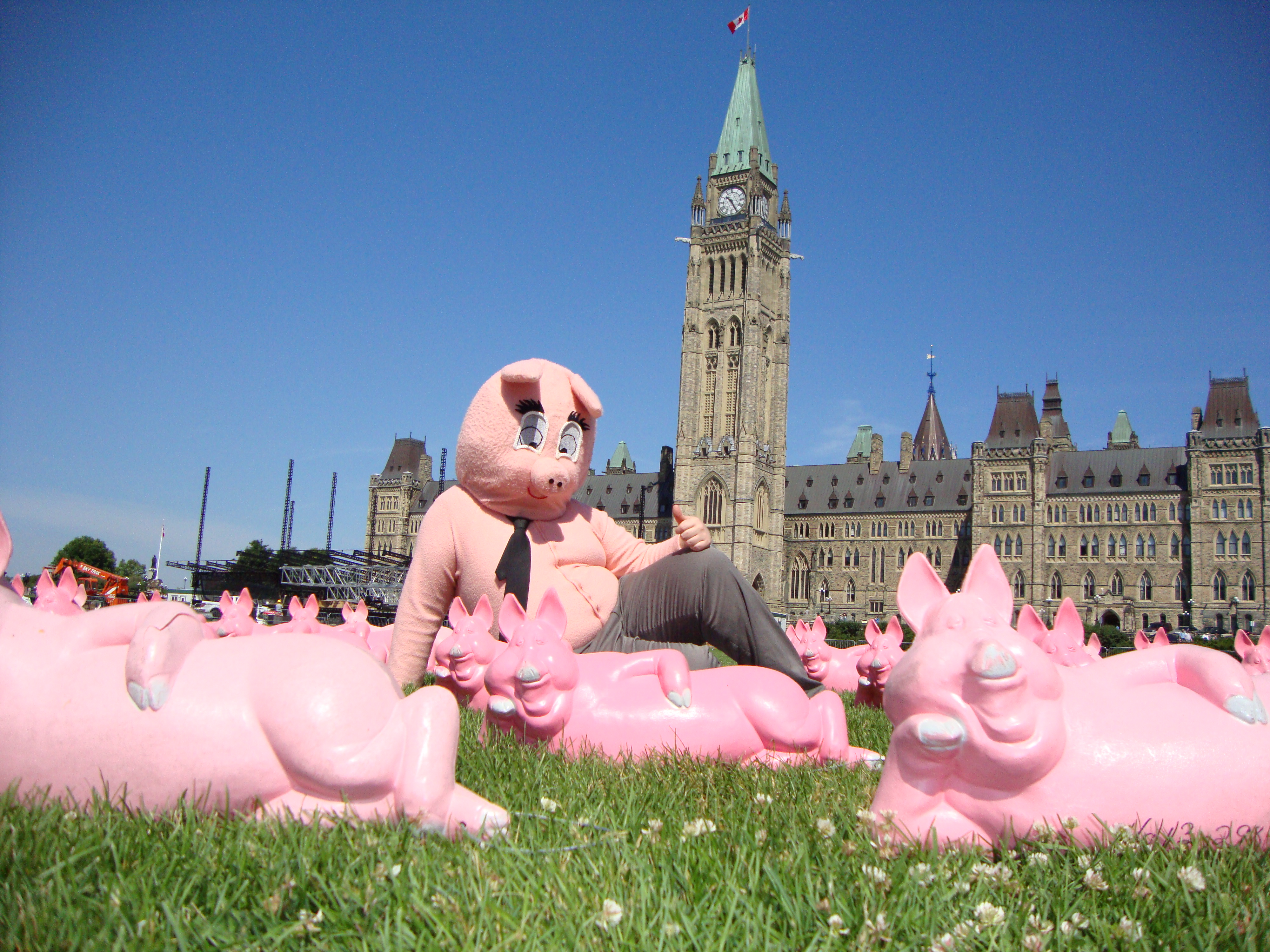 CALGARY, AB: The Canadian Taxpayers Federation hosted its 24th annual Teddy Waste Awards ceremony celebrating the best of the worst in government waste uncovered over the past year.

“The National Capital Commission wins a Teddy Waste Award for wasting millions on a backup cottage for the prime minister to use while it wasted millions more on the prime minister’s country retreat,” said Franco Terrazzano, Federal Director of the CTF.

“A champagne room and bling are usually the realm of rockstars, but a bureaucrat at the Thompson-Nicola Regional District treated himself to a baller lifestyle with the taxpayer credit card.

“And Canada’s climate delegations won the Lifetime Achievement Award after it sent multiple supersized groups jetting off to conferences and sent the finance minister to the wrong city.”

The Teddy, a pig-shaped trophy the CTF annually awards to governments’ worst waste offenders, is named after Ted Weatherill, a former federal appointee who was fired in 1999 for submitting a raft of dubious expense claims, including a $700 lunch for two. This year’s winners include:

Gill spent more than $500,000 over five years on high-priced meals at restaurants, jewellery for staff and nearly $9,000 to rent a champagne room in Whistler during a municipal conference.

Investissement Quebec gave $380 million to the Airbus A220 project, formerly known as the Bombardier C-Series. Back in 2015, the Crown corporation put $1.3 billion into Bombardier’s C-Series in exchange for partial ownership. The $1.3-billion investment is now worthless, according to the latest annual report.

It cost about $11 million to renovate the prime minister’s country retreat, Harrington Lake. Included within the tab is a $2.5-million backup cottage for the prime minister and more than $700,000 spent renovating the lake house’s kitchen.

Canada sent 276 delegates to the United Nation’s COP26 in Glasgow, which was the largest G7 delegation and even bigger than the delegation from the host country, the United Kingdom. The cost of Canada’s COP26 delegation is estimated at over $1 million. Finance Minister Chrystia Freeland stayed in the wrong city and paid $3,000 for a luxury chauffeur service between Edinburg and Glasgow. In 2019, Canada sent the second largest G20 delegation to COP25 in Madrid, Spain. That cost taxpayers $683,278.

You can find the backgrounder on all the 2022 Teddy Award nominees and winners here: https://www.taxpayer.com/media/2022-Backgrounder-Teddy-Waste-Awards-Backgrounder.pdf