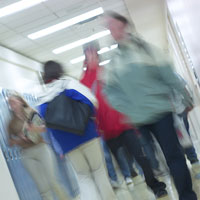 For the first time in five years, there will be a tuition increase at Saskatchewan universities. Doubtless, many students will complain that if only the government increased funding their tuition wouldn’t have to rise. Whatever the problems of universities are, inadequate government funding is the last place blame can be laid.

Like much of the public sector, leaning on the government for ever-increasing dollars has become as much a preoccupation as its reason for existence—in this case, education. The University of Saskatchewan is no exception.

It is unknown to most that the U of S actually has 32 in-house lobbyists of the federal government. A search of the website for the Office of the Commissioner of the Lobbying of Canada lists the names, titles, and purposes for such endeavours. Vice-presidents, deans, and even professors are pressing 32 federal departments and organizations for more and more taxpayer dollars.

The strategy has worked so far—at least for them. The lobbyist website reports $123 million in federal contributions in fiscal 2008, plus $316 million from the province of Saskatchewan. Other provinces, municipalities and even foreign governments kicked-in some as well. The grand total? Nearly $456 million.

Compare this to student numbers. In 2007-08 there were 14,962 full-time students in degree courses and 3,708 studying part-time. Even at a generous estimate of 19,000 students, this still works out to a subsidy of $24,000 per student. Meanwhile, total tuition and student fees for a full-time arts student totalled $5,200 over two semesters.

But, to be fair to the students, the subsidy isn’t all going into the class room. The U of S has 7,000 staff. Divide $456 million between U of S employees and that’s $65,000 per job. Incredibly, the university could cut 700 jobs and still have one staff person for every three students.

Some will point out that many of these dollars go towards research projects and capital costs. Yes, but this is still subsidizing education. And, even if one sticks to the operating budget, it really doesn’t look much better. A six percent pay raise for staff means 70 per cent of the operating budget—and almost all of the record-high provincial operating grant—will go to them.

This largesse is bad enough, but now the university has other challenges. Annual enrolment in Saskatchewan high schools is expected to drop by 5,000 over the next 15 years, something that will impact universities as well. The recent economic downturn meant a sizeable loss in the university’s investment fund. The defined benefit pension plans for retired staff, CUPE workers, and some current academics are expected to have a $100 million shortfall by the end of 2009.

In response, the university has actually decreased its operating budget by $5 million this year, with another $5 million drop to come next year. Departments are being asked to find ways to live within the budget limitations. With such learned minds in charge, managing a three per cent

cut would seem easy—if the concept weren’t so foreign.

The bottom line is that taxpayers are doing more for universities than ever. Students angry about a tuition increase would do well to remember this. If they have anyone to blame, it’s those running their school of choice.