Time for sun to set on Yarmouth ferry subsidy 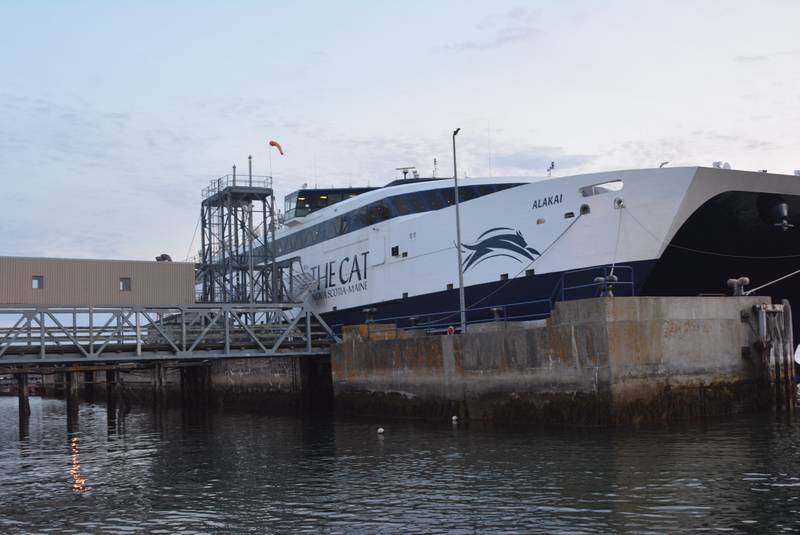 This op-ed was published in the Halifax Chronicle Herald on June 15, 2020.

The Yarmouth ferry service is set to gulp up $16.3 million – its largest single-year operating subsidy yet – but like last year, now it may not even set sail. With the Nova Scotia budget facing serious constraints due to the COVID lockdown, it’s time for the government to rein in spending and let the sun set on this subsidy.

Under the ongoing COVID shutdown, the United States border is closed. While the ferry is scheduled to sail on July 15, the government has now assured Nova Scotians that the ferry will not facilitate a public health risk. So it looks like the ferry will remain moored.

The ferry didn’t sail one day last year, but it did manage to cost Nova Scotians $17.8 million.

It’s time for the Nova Scotia government to take a hard look at every line in its budget and reduce unnecessary spending wherever possible. Corporate welfare tops that list.

No example is more obvious than the millions dedicated to a ferry that, for the second year, may not even sail. Instead, it sits anchored to the ankles of Nova Scotia taxpayers.

The government signed a 10-year deal with Bay Ferries in 2016, agreeing to pay at least $32 million in costs and an annual subsidy that once hovered around $10 million and now has nearly doubled.

Four years in, Nova Scotians are drowning in costs.

After years of scrutiny, the government still has not provided numbers to the public demonstrating that the Yarmouth ferry services brings more financial benefit to taxpayers than it costs.

The expenditure has defied rational decision-making for years and instead sent government officials twisting into knots.

It has, for our government, somehow justified Nova Scotia taxpayers paying construction costs on not one, but two ferry terminals in the U.S.

It has somehow convinced our government to go to court to keep secret the management fees paid to Bay Ferries by taxpayers – despite the former privacy commissioner stating there is no legal justification to keep this information secret, and the Progressive Conservative opposition suing the government.

It has propelled Transportation Minister Lloyd Hines into a few somersaults himself. Last year, Hines said he had “no idea” whether Nova Scotians were paying for the construction work on the second U.S. ferry terminal in Bar Harbour, Maine (they were), but insisted he was extremely confident in the whole ordeal.

The government’s commitment to this boondoggle is hard to understand. But today, it’s on the list of spending items that needs to be cut.

Unfortunately, the government started spending too much before COVID hit.

This year, the Nova Scotia government announced the most expensive single-year capital plan in the province’s history. In response to the pandemic, Premier Stephen McNeil announced nearly a quarter-billion dollars in additional infrastructure spending, attempting to shovel some life back into the economy, but taking more money out Nova Scotians’ pockets.

Finance Minister Karen Casey acknowledged in mid-May that revenue has dropped and expenses have shot up, but she failed to provide updated numbers. A recent Fraser Institute analysis applying federal numbers from the Parliamentary Budget Officer to estimate the impact Nova Scotia’s finances showed a potentially historic deficit of $1.4 billion could await provincial taxpayers.

If other levels of government are any indication, Nova Scotia’s budget will not be shielded from this debt storm.

In Ottawa, the parliamentary budget officer is sounding the alarm that the mountains of new spending must slow to a stop, or Canadians will be facing “a level of taxation that’s not been seen since for generations.” (Remember: Nova Scotians pay those taxes, too.)

Nova Scotians cannot afford tax hikes, nor is it right to shovel unprecedented levels of debt onto our children.