Why is the premier promising tax hikes? 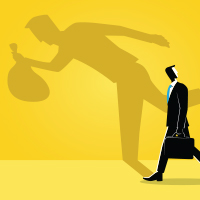 Raising taxes to fight inflation is like trying to put out a campfire with a gallon of kerosine.

If Premier David Eby wants to “deliver results for people” as he says, then he needs to abandon his plans to hike taxes. Eby needs to scrap his pledge to raise the sales tax on homes.

Eby thinks that a solution to the housing crisis is raising sales taxes on homes sold within the first two years of ownership. Par for the course with political class in Victoria, Eby will not tell B.C. families and workers how much his tax hike is going to cost.

Politicians and bureaucrats like to muse about taxes … until it's time to hit families with the bill.

He claims it will prevent so-called flippers from profiting from the housing shortage. The proposed sales tax hike on homes is bad economic policy which will make life, and especially housing, less affordable for B.C. families.

In the past year, while Eby was the minister responsible for housing in the NDP government, home prices across B.C. have risen by 18.7 per cent. Right now, the average home in B.C. is just shy of $1 million.

In Metro Vancouver, more than 61,000 residential properties are listed as vacant or derelict. Even cities outside the Lower Mainland are seeing more derelict homes, causing folks to fear for their safety when living next to them.

This means buildings that could be lived in by people are instead standing empty or are at risk of falling down.

Eby’s new tax is going to discourage home fixers from buying those 61,000 derelict buildings in Vancouver and making them liveable homes.

Then, when the renovators do buy the buildings, they will just tack the extra tax cost on to the listing price, passing the pain down to British Columbians who are trying to buy a home.

No matter which way you look at it, the proposed tax on the sale of homes will make housing more expensive, at a time when no one in B.C. can afford it.

If the government wanted serious solutions for the housing shortage, it would cut the red tape which causes it to take much longer to get the permit to build a house in B.C., then to actually build the house.

In Ontario, the provincial government announced sweeping new provincial legislation which will override municipal zoning laws to allow for more houses to be built. Ontario is actively cutting the red tape that fuels housing shortages. Cutting red tape leads to results, Ontario can expect 1.5 million new homes in the next 10 years. While other provinces cut red tape, Eby’s magic-bullet solution for every problem seems to be new taxes.

Increasing the taxes on homes sold within the first two years of purchase punishes people who are investing their time and money into renovations. It does nothing to solve the core problem of bureaucracy and red tape fueling ever rising house prices in BC.

This is a supply problem and the government needs to get out of the way of the builders who are trying to create new supply. They must get rid of the red tape and bureaucracy that are imposing crippling wait time on new homes.

Life in B.C. is unaffordable. Families are feeling the pinch from inflation and sky-high costs of housing. We are being gouged with record breaking prices at the gas stations and grocery stores. We need tax relief, not an ever-growing tax burden.

Life is about to get more unaffordable under Eby if his housing policy is any indication of how he plans to govern the province.

Carson Binda is B.C. director for the Canadian Taxpayers Federation.