$4.6 billion tip of the iceberg on COVID-19 overpayments: Auditor General 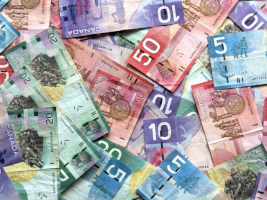 OTTAWA, ON: The Canadian Taxpayers Federation is criticizing the federal government for sending billions of dollars in COVID-19 payments to ineligible recipients. Today’s Auditor General report highlighted the misspending.

“Politicians were asleep at the wheel while the government sent billions of tax dollars to the wrong place,” said Franco Terrazzano, Federal Director of the CTF. “The $4.6 billion in overpayments are just the tip of the iceberg because the Auditor General flagged billions more in questionable payments.”

The federal government spent $32 billion on suspicious COVID-19 payments or on individuals that were ineligible for the subsidies, according to the Auditor General. That’s enough money to build 37 hospitals based on the construction costs of the Grande Prairie Regional Hospital or cover the entire federal tax bill for people in Saskatchewan for about three years.

“We found $4.6 billion of overpayments made to ineligible recipients of benefits for individuals,” according to the Auditor General’s report. “In addition, we estimated that at least $27.4 billion of payments to individuals and employers should be investigated further.”

The report identified $1.6 billion that was sent to individuals who appear to have quit their jobs instead of losing it due to COVID-19, $6.1 million to incarcerated recipients and $1.2 million in payments to dead people.

“I am concerned about the lack of rigour on post-payment verifications and collection activities,” said Auditor General Karen Hogan.

“The feds fired out a bunch of money without proper guardrails and now they have a massive mess,” said Terrazzano.