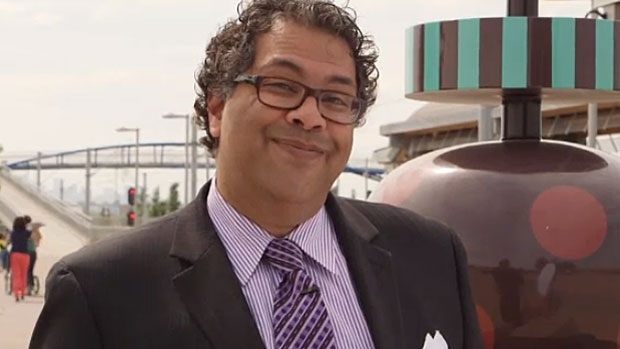 People and businesses across the province are struggling and municipal governments are also losing revenue during this economic crisis. For example, the city of Calgary could lose up to $400 million due to the COVID-19 shutdown. With the property tax well drying up, city hall is looking to Ottawa for more tax dollars, but after years of being fast and loose with taxpayers’ money, Calgary city council shouldn’t be trusted with a blank cheque from taxpayers.

Unfortunately, that’s exactly what the mayor is demanding.

“Without a backstop from the federal government toward cities’ operating budgets, there are going to be significant challenges across the country, nowhere more than Calgary,” said Mayor Naheed Nenshi.

Instead of asking the feds for more tax dollars, Nenshi and councillors should be diving deep into their bloated budget and put an end to years of overspending.

Last year, the city overspent its budget by $386 million, which is equivalent to most of the revenue it’s expecting to lose due to COVID-19.

While families and businesses have been tightening their belts for years, the city increased its spending by nearly half a billion dollars since the end of 2014. And had council merely increased spending at the pace of inflation plus population growth, the city would have spent $4.6 billion less between 2008 and 2016.

Before council even thinks of asking for more money it needs to show taxpayers that it can complete a beggar’s checklist, and it should look something like this:

First, has city council shown leadership and reformed its own compensation?

While the vast majority of Albertans outside of government don’t have a workplace pension, Calgary councillors receive a lucrative defined benefit plan that forces taxpayers to bail out the fund if it busts. Council’s pension plan cost Calgary taxpayers more than council pensions in Vancouver, Ottawa and Edmonton combined between 2007 and 2016. Nenshi is also the only mayor of a major Canadian city that is eligible to receive two pensions. The gold-plated pensions need to be replaced with a modest matching-RRSP plan.

Prior to the last municipal election, Calgary’s independent citizen commission found that Calgary councillors receive higher salaries than their counterparts in other provinces. Thousands of Calgarians have taken pay cuts or lost their jobs. Councillors need to voluntarily reduce their own pay.

Second, has the city scaled back employee compensation?

Labour costs are a huge portion of the city’s budget. And since 2014, more than 1,000 new city jobs were added, many city employees received salary hikes and total labour costs increased by hundreds of millions of dollars.

City council has made the tough decision to lay off some employees, but mandating an across the board salary reduction and ending the practice of giving hundreds of city employees a second or even third pension would be fair measures given the 17,000 Calgary job losses in March alone.

Third, is the city reprioritizing other funds before asking for more tax dollars?

Calgary councillors are currently sitting on $76.5 million in a corporate slush fund and $5 million in a public arts reserve. Council has also reportedly set aside millions of dollars for future projects such as the Arts Commons expansion, the fieldhouse and Green Line LRT, along with stashing more than $2 billion in city reserves. A few city councillors should be tasked with going through the reserves and budget line-by-line to determine which projects are not immediately necessary and where money can be used to provide urgent tax relief or plug the city’s leaking finances.

Like our neighbours and favourite small businesses, local governments will also feel the pinch during this economic shut down. But giving more money to Calgary city hall right now would be like pouring water into a leaking barrel. Before councillors are trusted with more tax dollars, they must prove they are able spend tax dollars wisely. So far council hasn’t lived-up to this expectation.

This column was originally published in the Calgary Sun on May 1, 2020.