Losing money is par for the course with P.E.I.'s government golf courses 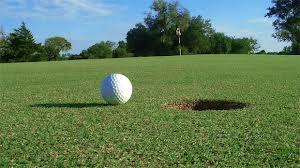 This opinion piece first appeared in The Guardian.

Golf is known as an expensive sport and costs even more when the government runs the course. Even before COVID-19 hit, the provincial government’s own golf courses at Brudenell, Dundarave and Crowbush Cove had been consistently losing money for years.

Between 2015-16 and 2019-20, their operation has cost Islanders $2.5 million more than they brought in revenue. This year alone, it is expected that taxpayers will have to shoulder a $2.1 million loss on them.

Even assuming that everything goes back to normal this year, that tourism bounces back to pre-pandemic levels and that Prince Edward Island’s government-owned golf courses go back to their former level of profitability, taxpayers would still have to shoulder a net loss of $250,000 in the coming year. And that’s the best-case scenario.

To put it in perspective, this represents all the provincial income tax paid by 77 average Islanders every year.

On top of those operating losses, Prince Edward Island taxpayers are also expected to shoulder $2.5 million in infrastructure improvement costs for those three golf courses over the next five years.

And while one could blame this on the golf industry’s financial difficulties in the past few years, it’s important to note that Prince Edward Island’s golf industry has been spared from some of those difficulties and posted healthy profits in recent years.

Over the course of the last five years, the average profit margin for Canadian golf courses was 0.06 per cent. Prince Edward Island’s, on the other hand, was a healthy 4.9 per cent. Meanwhile, the provincial government’s golf courses had a -12.9 per cent margin.

It’s clear that these recurring losses are not an industry-wide problem, but symptomatic of the provincial government’s inability to efficiently operate its golf business.

For the government to own these golf courses can’t be justified from an accessibility perspective either. According to Golf Canada, the golf industry’s trade association, Islanders have one golf course per 5,869 residents, making it the highest ratio in the country.

As the government looks for ways to tackle its $173 million deficit and stop its $2.5 billion debt from rising further, it’s clear golf course operations need to be on the chopping block. Taxpayers can’t afford to keep dumping money into these unprofitable businesses.

The golf industry’s profitability in the rest of the province, especially when compared to its Canadian counterparts, also shows that Islanders have a knack when it comes to turning a profit with golf courses.

By selling the golf courses at Brudenell, Dundarave and Crowbush Cove, the government wouldn’t just stop hemorrhaging cash. It would get much-needed funds to reduce its borrowing requirements and would turn three loss-making assets into new sources of potential tax revenues.

As it stands, these courses all have a nineteenth hole, and it’s in taxpayers’ pockets.