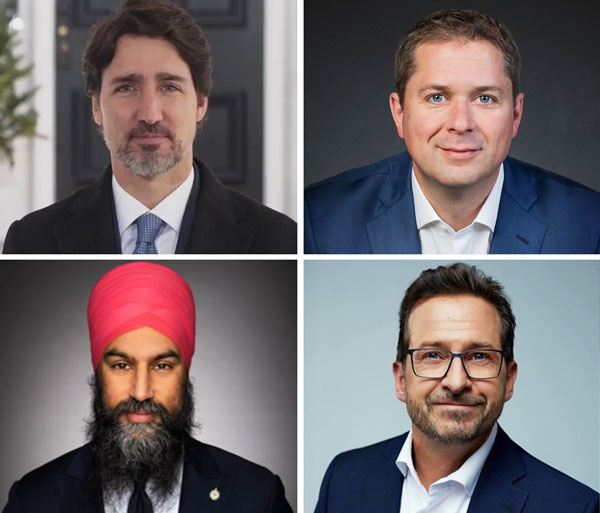 When news broke recently that four federal political parties had applied for taxpayer support from an emergency wage subsidy program intended to support struggling businesses, it fell to the leader of the Bloc Quebecois, of all people, to say the obvious.

“I find it absolutely unacceptable,” said Yves-Francois Blanchet, whose party was the only one not to apply for the subsidy, noting that the Liberals and Conservatives in particular had already raised millions of dollars in donations before the COVID-19 crisis ever hit.

Prime Minister Justin Trudeau didn’t even try to give an explicit justification. Meanwhile, all four Conservative leadership candidates – who are actually looking for support from ordinary Canadians right now – came out against the subsidy and at least two specifically pledged that if elected leader they would ensure the subsidy was paid back.

NDP leader Jagmeet Singh argued the subsidy is to help out businesses, including non-profits, that have suffered a drop in revenue during the COVID-19 crisis to help save jobs. Hence, if political parties fit the program criteria, why shouldn’t they apply?

To answer that, it’s worth a quick look at just how especially privileged political parties are compared to any other organization when it comes to ongoing taxpayer subsidies.

If you donate $100 to your local food bank, you get a federal tax credit of 15%, meaning the total federal income tax you owe to the taxman goes down by $15.

But if you donate $100 to a federal political party, you get a federal tax credit of 75%, meaning you save a whopping $75 instead.

This tax credit has meant that since 2016, federal political parties in Canada have received $145 million in taxpayer subsidies, or an average of $29 million per year.

Add to this amount the more than $100 million that the parties and their official candidates received in expense reimbursements for the 2015 federal election (2019 figures have not yet been released).

The result of all these subsidies is that all taxpayers ending up paying for political parties, whether they want to or not.

Some point out that political parties are an important part of our democratic system.

Are they really more important than, say, organizations like the United Way, local food banks, homeless shelters, or the many charities that do important work to improve the lives of the most vulnerable?

Is it really more important to make sure political parties have millions in the bank to bombard us with nasty partisan attack ads every time we turn on the TV or browse social media?

The actual cost of the emergency wage subsidy is just the tip of the iceberg. It will likely pay political parties more than half a million dollars. The bulk of the taxpayers’ money that gets quietly funneled to political parties is the hundreds of millions in subsidies parties have been getting over the years.

But by making a shameless grab for every last taxpayer dollar they can in the middle of a worldwide crisis, political parties have now helped draw some long overdue attention to the rigged system they’ve been exploiting for years.

If these parties know what’s good for them, they should pay back any money they’ve received from this program and beg forgiveness for their poor judgement.

And they shouldn’t be surprised when taxpayers start demanding an end to the rest of their cozy little subsidy racket.

(For the record: the Canadian Taxpayers Federation isn’t taking any taxpayers’ money during the pandemic or any other time. We’ve always relied on voluntary donations from tens of thousands of Canadians. We’re going to keep doing that.)