Students don't want to get screwed 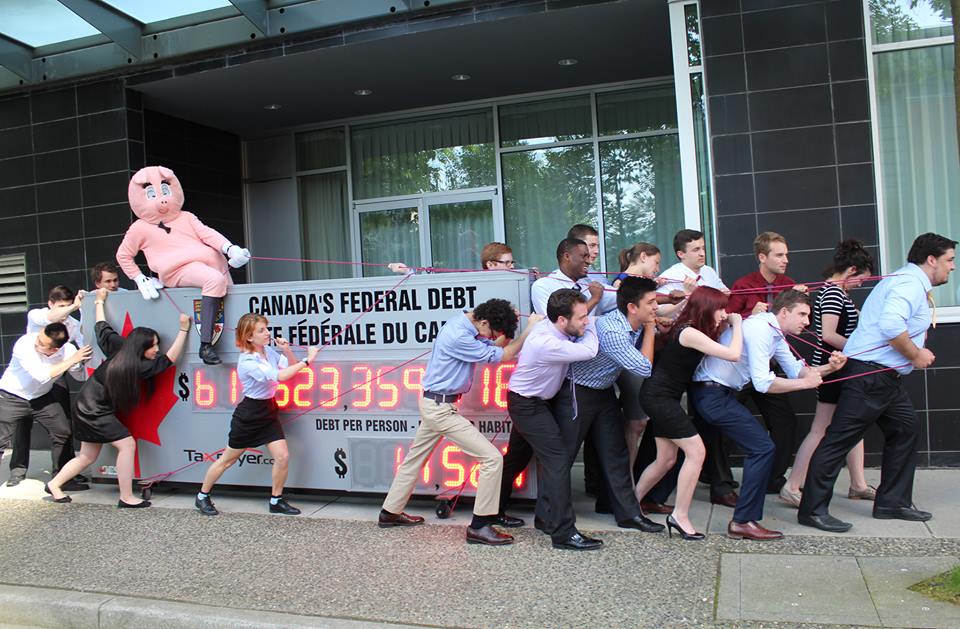 And for young people it looks bleak.

The average government student loan debt for a bachelor’s degree in Canada is $28,000.

Now that might be a lot, but it pales in comparison to a much bigger debt.

Every single Canadian’s average share of government debt is $56,000.

The first number gets a lot of attention. The second doesn’t get nearly enough. That’s a problem.

Student debt is an investment in the future to get a good job. Government debt is Ottawa gambling your future on waste and poor choices.

The federal government spent record amounts during the pandemic and Canadians did not get their money’s worth. Canada had the second highest growth in it’s gross debt-to-GDP ratio from 2019 to 2021, but had the 12th lowest real GDP growth in 2022 compared to peer countries, according to the Fraser Institute. Canada also had the third highest unemployment rate at 9.58 per cent in 2020 compared to the same group.

Most Canadians felt economic hardship during the pandemic, but some people skipped that pain.

MPs gave themselves three pay raises. Employees of the Bank of Canada received $23.6 million in bonuses and pay raises in 2021 after failing to meet their inflation target.

Ottawa is planning to run a deficit of almost $54 billion this year. Other than the deficits during the pandemic and financial crisis, that’s the biggest deficit in half a century.

Interest payments are bound to increase in the future. To cover the bill, politicians will want to raise taxes on today’s students to pay for those past poor decisions. With inflation already stretching students’ meagre earnings, this is completely unfair.

The latest inflation numbers have cooled, but the price increase for food is at an almost 40-year high of 11.4 per cent. If you are a student who used to spend $250 a month on groceries, you’re now spending an extra $28.50 to get the same food. That’s a total increase of $342 per year. That’s enough money to pay for most of your textbooks, or a lot of ramen noodles.

Students know they have to pay back their student debt, but many don’t know what they owe in government debt. That is where Generation Screwed comes in.

Generation Screwed is a student organization created by the Canadian Taxpayers Federation.

Generation Screwed is warning young people about the dangers of government debt. It does this by finding students who care and provides them with resources and training. Then they head back to their schools to spread the message.

They spread awareness any way they can. They set up a table in a busy hallway and hand out literature or they bring in guest speakers. They’re gaining useful career experience while they are at it.

According to those who have long since left the halls of the academy, university students today don't think about their future. And they definitely don't think about government waste. This is not the case for students volunteering with Generation Screwed.

These students attend classes and work part-time jobs, but still make time to tell their classmates about reckless government spending. Something they won’t be hearing in the political science departments of today’s universities.

They make time for it because they care. Their economic future is in jeopardy. They’re fighting back.

It’s the future, stupid, and these students don’t want to get screwed.