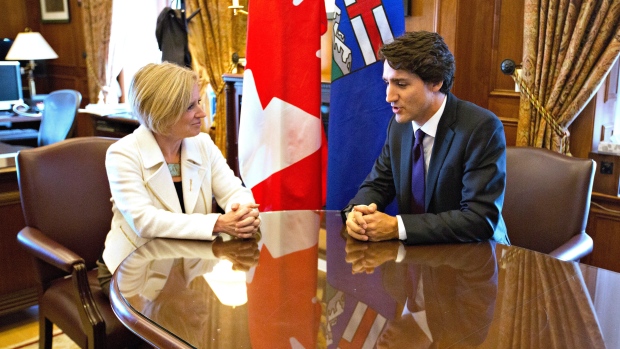 Nowadays with many Albertans struggling to fill their fuel tanks and grocery carts, NDP leader Rachel Notley is singing from the hymnbook of affordability.

But her lyrics need a fact check.

The leader of the NDP can’t claim to be the affordability superhero while she’s hanging the kryptonite of a carbon tax around Albertans’ necks.

Notley is a fan of the carbon tax. She even surprised Albertans with her own in 2015 and then campaigned on it in 2019.

Alberta families will be about $670 poorer this year because of the federal carbon tax, even with rebates factored in, according to data from the Parliamentary Budget Office.

That carbon tax punishment is going to get much worse in the next eight years.

Notley is in lockstep with her party’s federal leader.

Remember, the Alberta NDP is a section of the federal NDP. That’s how the New Democratic Party functions.

The NDP is in favour of a carbon tax.

The carbon tax is currently $50 per tonne and the Trudeau-Singh government is going to triple it the next eight years.

The carbon tax hits every form of petroleum-based fuel. It adds 11 cents per litre to the cost of gasoline and 13 cents per litre of diesel. That means that driving to work and hauling our supplies, including groceries, is more expensive because of this punishing tax.

An Alberta family sent the CTF their natural gas bill for a winter month. They used 850 cubic metres. The carbon tax for that amount is $83. While that’s a larger house and a larger bill, it was not the biggest bill sent in.

Within the next eight years, the Trudeau-Singh carbon tax on that family’s winter heat for just one month will be $280.

Remember the truckers paying the carbon tax to haul supplies? By 2030, diesel will carry an extra cost of 55 cents per litre, costing $500 extra to fill a big rig. Moms filling their minivans will have to hand over about $36 extra.

But we don’t have to wait that long for the pain to intensify. The Trudeau-Singh carbon tax jumps up to $65 per tonne next year, and the government is creating a second carbon tax that will add about 10 cents more per litre. The second carbon tax is a government fuel regulation that makes gasoline and diesel cost more.

When carbon taxes are cranked up on gasoline, diesel, and home heating it makes everything that depends on those fuels more expensive. That’s partly why groceries are more expensive and why record numbers of families are relying on food banks in Alberta.

This connection between higher taxes on energy and the higher cost of essentials must be understood.

Notley has signalled that her NDP team won’t waiver in its support for the carbon tax. Even when the price at the pump was at a 10-year-high this past June, the NDP refused to join the Alberta government’s calls for Ottawa to suspend fuel taxes and carbon taxes.

Premier Danielle Smith’s recent move to entirely suspend the 13-cent-per-litre provincial fuel tax on gasoline and diesel will save people about $15 every time they fill their pickup truck, so it will provide some relief.

If politicians want to get serious about affordability for Albertans all of them should call for carbon taxes to be scrapped entirely.

Kris Sims is the Alberta Director for the Canadian Taxpayers Federation