One step closer to a home equity tax 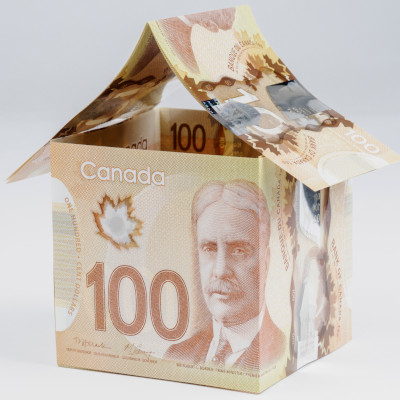 Every Canadian politician will solemnly swear on a stack of real estate flyers that there will never ever be a home equity tax, but Canadians are rightly worried that governments want to take a chunk of the cash when they sell their homes.

Right now, when Canadians sell the houses they live in, they don’t pay tax on the money that they made.

That’s a good thing because Canadians count on that money to cover the down payment on their next home or to pay for their retirement.

If politicians are promising they won’t impose such a tax, then why should we be concerned? Because politicians often break their promises and because this tax could cost us a tonne of money.

Financial analysts are warning that a home equity or capital gains tax on the sale of a primary residence could cost Canadian homeowners tens of thousands of dollars.

So, while those oaths against home equity taxes are being administered during this election, taxpayers should watch for politicians crossing their fingers.

The Liberals have explicitly denied they would ever consider a home equity tax and yet this election promise has popped up in the party’s platform:

“We will establish an anti-flipping tax on residential properties, requiring properties to be held for at least 12 months,” reads the document on the Liberal Party’s campaign website.

It’s important to know what this new tax has lurking beneath it, just as one needs an inspector to examine the foundation of a house.

This so-called anti-flipping tax would be a new federal tax on the sale of your primary residence. Your home. The one you live in. Right now, it has a caveat requiring owners to live in their house for a year before they can sell it tax-free. But that caveat could change with the stroke of a pen.

Make no mistake about this crack in the foundation: Prime Minister Justin Trudeau is proposing a new tax on the sales of our homes.

This is a step towards the big home equity tax that many are worried about.

According to the financial group MoneyWise, a capital gains tax on home sales could cost homeowners $36,000 in Ontario and $29,000 in British Columbia.

Many retirees are counting on selling their houses to take care of themselves in their senior years. A home equity tax would claw away at the money they’ve saved in their homes.

Couples often squeeze into a condo to save up for a place with a yard for their growing children. Any money taken from them through a home equity tax would erode their ability to put a down payment on a better home.

Politicians know that taxing Canadians’ homes is deeply unpopular, so they’re galloping away from it faster than Secretariat.

The Liberals say they won’t go further than this new flipping house tax.

The Conservative say they won’t put a capital gains tax on the sale of homes.

And the NDP has told the Canadian Taxpayers Federation that it’s a “clear no” from them on a home equity tax, but they’re in favour of a higher capital gains tax on the sale of second homes.

It’s tough to trust politicians on home equity taxes. Here’s a good reason for that skepticism: Canadians are required to disclose home sales to the Canadian Revenue Agency despite the tax exemption on a primary residence. It’s hard to believe the government wants to know all about that money without any interest in taking a chunk.

If politicians want Canadians to believe they won’t impose a home equity tax, they should abolish the requirement to disclose the sale of a primary residence.

Canadians deserve clear answers on the home equity tax question and this election is the perfect time to hold politicians to account on our doorsteps.